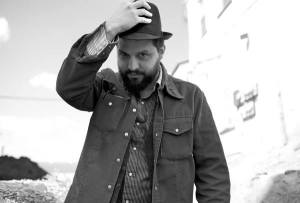 Robert joins Jon and Boosie in the Spark studios to share the songs that touched his life and his song writing. Local treasure, world traveler and ever enchanting, Robert’s musical story is one not to miss.

The touring and performing has become an art in itself. Performing 200 shows a year, Blake is a world class performer in a neighborhood venue. Blake is dedicated to the moment, to the connection within live performance. There is always a moment in a Blake show where the room pulls together and the space between the singer, the song, and the listener disappears.

Robert is also the founder/coordinator of the Subdued Stringband Jamboree.  In it’s 14th season August 7, 8, & 9, 2014 at the Deming Log Show Fairgrounds, Bellingham

To learn more about Robert, get tour dates, and buy music check out his web sites: